Barely two or three generations ago, all the young girls in the villages of Tunisia were learning a trade which enabled them, once married, to have a small income while staying at home. They could, for example, learn sewing, embroidery or carpet making, which were usually taught by their mothers.

Questioned by the magazine Baya, Fathia, weaver of Negeym rugs in Kairouan, explains: "Working in the carpet was a normal thing at the time in Kairouan, and in every house there was a room with her loom. The women spent long hours knotting the wool threads to the main weft to form colourful patterns. Today things have changed a lot". [1].

Handmade carpets have long been the main sector of Tunisian handicrafts. Today, several factors jeopardise this craft, which is nevertheless rooted in Tunisian traditions. 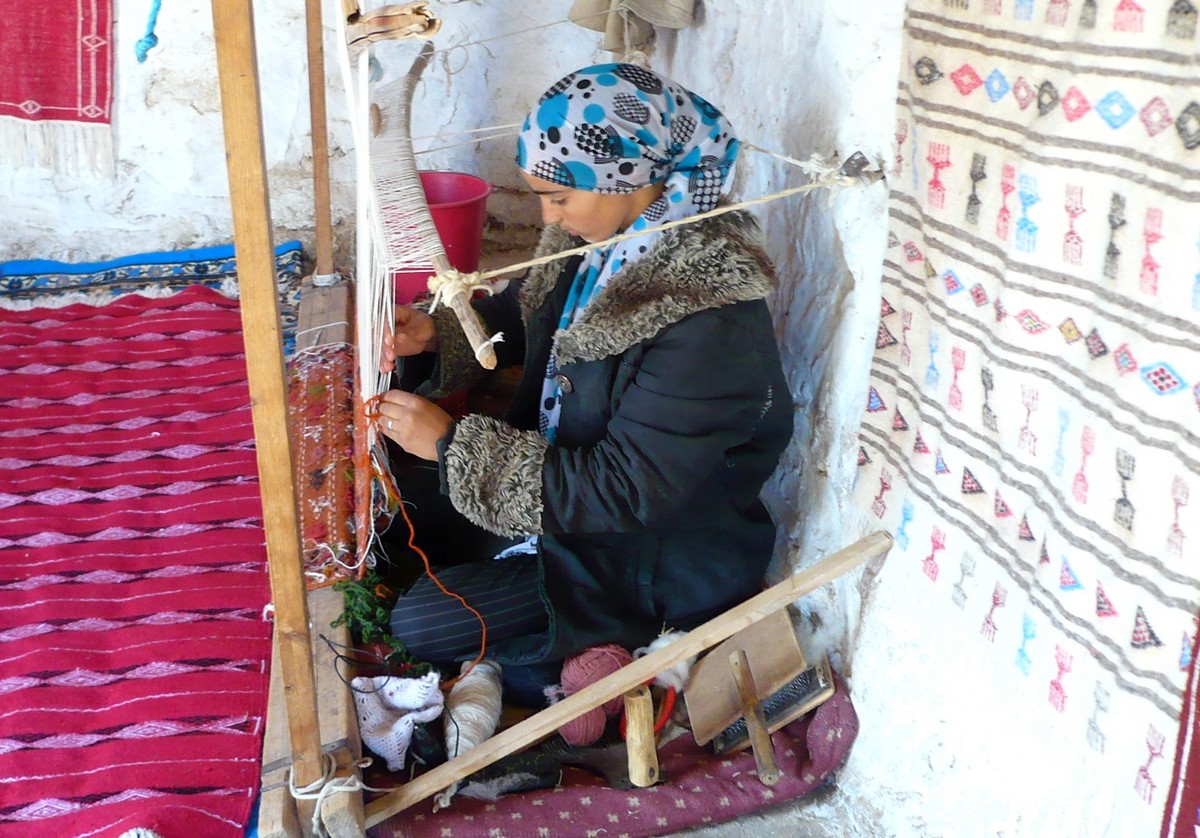 The rise of the industrial carpet

The rise of the industrial carpet is the main cause of the decline of handmade carpets. Globalisation has invaded the markets and made cheap manufactured carpets with a wide choice of ornaments available to Tunisians. Thus, a young couple will prefer to buy a carpet "made in China", which is not very expensive, than a carpet from Tunisian handicrafts requiring many hours of work and which is therefore no longer competitive. The handmade carpet has nevertheless been able to survive among the wealthiest Tunisians as well as foreign tourists, but the clientele has been considerably reduced.

Low income for a tiring and low-valued profession

As a result, the price of handmade carpets collapsed in the late 1980s, while the price of wool and electricity only increased. Carpet weavers are now struggling to keep up and incomes are modest for long and tiring work. Moreover, in a country undergoing rapid change such as Tunisia, the profession is socially considered obsolete and no longer has the wind in its sails.

The increase of women's level of education

Secondary school enrolment in Tunisia has increased 314% in 45 years, and the female gender is the most successful, with about 60% of baccalaureate holders being girls. In 2019 the gross enrolment rate for women in tertiary education was 41.7%. It is therefore easy to understand why the profession of weaver, which is learned from a very young age, is being abandoned and why young girls are turning to other trades.

For those who have not studied, working in factories or agriculture is now more interesting. The weavers themselves are gradually leaving the trade and moving towards this socially more valued profession, a symbol of emancipation with slightly higher wages. This phenomenon accelerated following the Tunisian revolution of 2010-2011, as factories increased wages under social pressure. Even the craftswomen who have remained faithful to the profession abandon it two months a year during the olive season to work at the harvest. 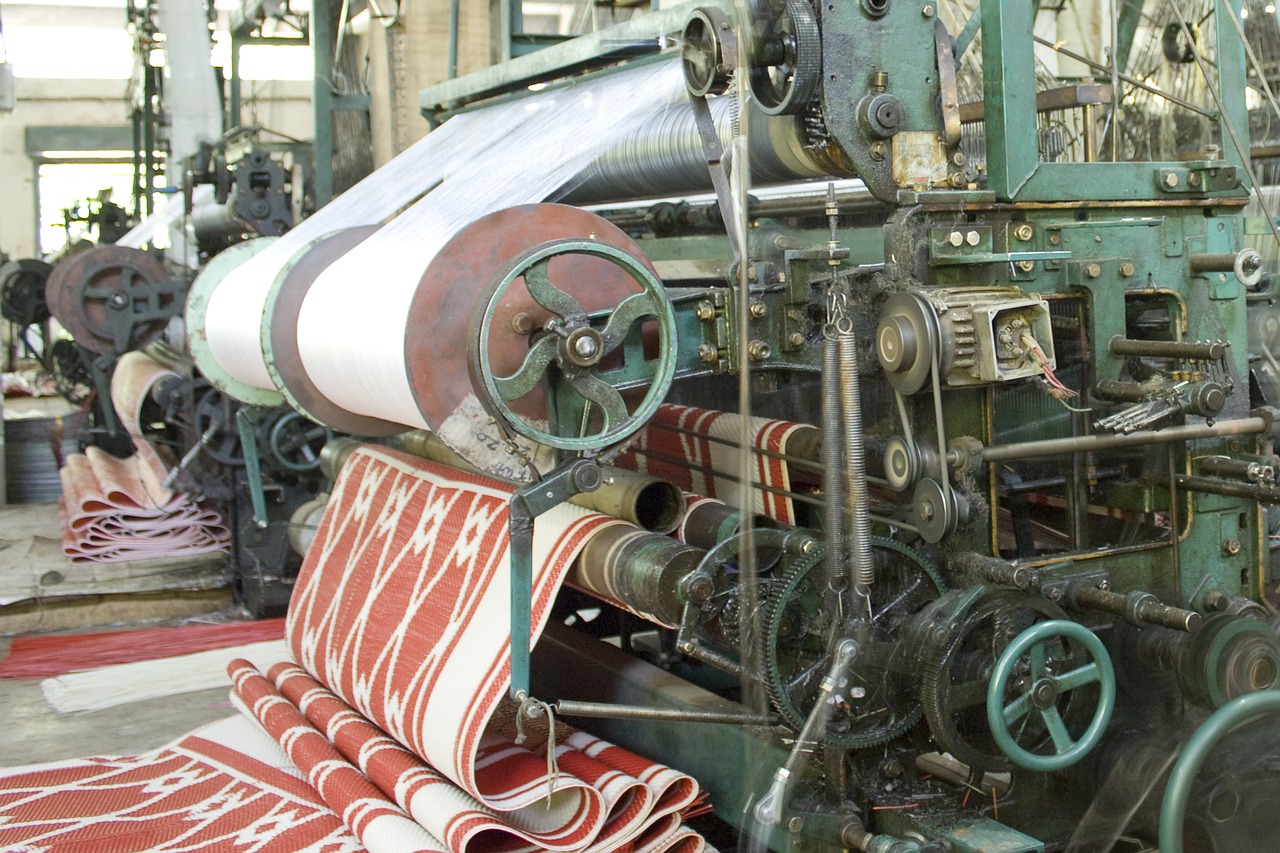 The weavers are therefore becoming increasingly rare and the Tunisian carpet craftswomanship is losing its dynamism. If it continues like this, the sector could disappear within fifteen years, which would mean the loss of a great know-how for the country.

Where will we find the traditional carpets of Kairouan, the margoums and kilims with motifs specific to each region? Fathia deplores the fact that the weavers' district of Kairouan, El Menchia, is emptying out: "It's a pity that the activity is decreasing, because this know-how is being lost. Soon nobody will make any more margoum, this knotted carpet which made however the reputation of Kairouan.[1]”

Fortunately, several initiatives are being developed in an attempt to revitalise this craft: Overview of initiatives and lines of thought.